Windows phone 8.1 with 4G support, Lumia 638 launched in the Indian Market under the price of 8,299 INR. It is the 4G device by Microsoft. Lumia 638 smartphone is the cheaper than any other windows lumia phone with 4G support. Smartphone is well equipped with the quad core processor with 1 GB of RAM, Its display is of size 4.5 inches LCD with Trucolor, Capacitive touch gives smoother experience. 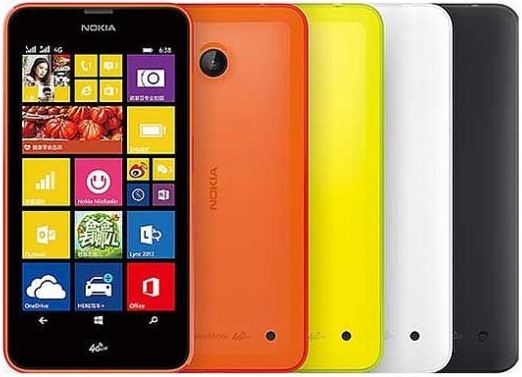 “We are launching the Nokia lumia 638 with Affordable price with Windows 8.1 version included 4G support and the device will helps us to consolidate our position in affordable smart device”, Director of the Marketing in India, Nokia – Raghuvesh Sarup, said.  The New Lumia 638 device will come bundled with offer in Airtel 4G for Bengaluru users. Lumia 638 consumers on Airtel postpaid in Bangaluru can enjoy the 5 Gb of free 4G data for 2 months after the activation of the Airtel Sim card. Offer last date is 31st March 2015. Nokia Lumia device available for Pre order on the Amazon store at 17th December 2014.

Low budget Microsoft Lumia smartphone available with advanced features. Its best reviewed affordable phone. Whoever used the phone rated it best with advanced features and facilities bundled together. Public gave it 3.5 out of 5 stars as an average. People loved it more because its the smoother to use without any device hang problems. Also lots of store apps along with added more interest in the public. We are excited to hear your reviews about the Microsoft 4G lumia 638 device based on the hands on experience.