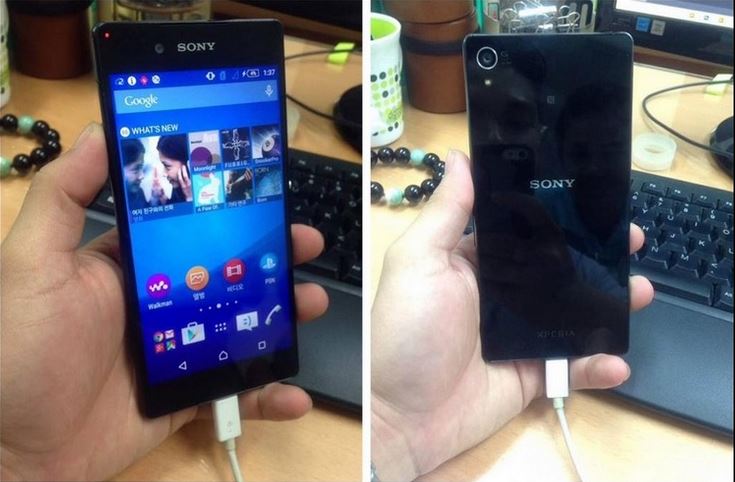 After the launch of the Sony Xperia E4g dual sim smartphone device, Sony’s most awaited flagship device Xperia Z4 about to release very soon. Much delayed release phone Xperia z4 skipped the Mobile world congress event as well. Majority of the manufacturer uses the MWC or CES platform for marketing the device but this time Sony planned something else.

Sony is About to launch its flagship device before April end. Leaked images added the more interest in the public. some japanse sources shared that the Sony will showcase the Z4 smartphone on the specified date 20 April. But its still not confirmed by the company, when it’ll be available to the public.

Some rumored device specifications also leaked which promises the Xperia z4 capabilities and processing power. Leaked images gives the idea on the design and the look of the smartphone. Have a look at the below detailed specifications.

Sony Xperia Device is rumored to equipped with 5.2 Inch full HD or QHD display. Xperia z4 will carry the Snapdragon processor along with Adreno 430 GPU. It is rumored to have the 4 GB of RAM and 32/64 GB built in support. It is again speculated that the device is bundled up with the 20.7 MP Rear camera and 5 Mp front camera for selfies. It also speculated that the device runs in Android Lollipop.

Based on the Xperia z4 image leak it looks the smartphone has the 1.2 mm glass in front supported by resin bezel. it is also speculated the device will be of Walkman edition with S-Force Pro front facing speakers. Even there were lot more assumptions about the Device fingerprint sensor on power key, IP68 waterproofing etc.