Whatsapp Popular mobile messaging service owned by Facebook planning to have the Web version of the Whatsapp soon as per the Netherlands AndroidWorld.nl report. Researcher found the string of code in the Whatsapp version 2.11.471, which contains the code string Whatsapp web and logging in and out of the web client along with session date and time. Only one proof is not enough to make predictions on the Whatsapp web versions but there are some more evidences found on that to make it more clear. 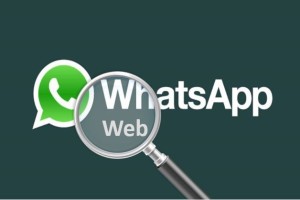 Telegram App founder Pavel Durov also told the Tech Crunch that whatsapp will launch the Web desktop version soon similar to the  web.telegram.org “since they tried to hire our web dev.” AndroidWorld.nl dug more inside the research and found that the Whatsapp has the domain associated with the web version just like the Telegram. Researchers found the web URL for the whatsapp version http://web.whatsapp.com as exists and currently it asks for the Google account sign in. Researchers at Netherlands also tried other URLs http://blablabla.whatsapp.com and does not gives any clues. As per the Netherlands AndroidWorld.nl report the researchers found very limited evidences and were removed in the version of 11th December to hide the worldwide visibility. See how researchers found the Web version evidences in the Whatsapp version of 9 December (2.11.471)  and Below interesting web version evidences found.

Its interesting to see how Whatsapp deal with Authentication on the Web version on desktop. Absence of the Facebook in the evidences means the Whatsapp will not use the Facebook social Login but hope to more likely work similar to the Telegram messaging app to authenticate the users