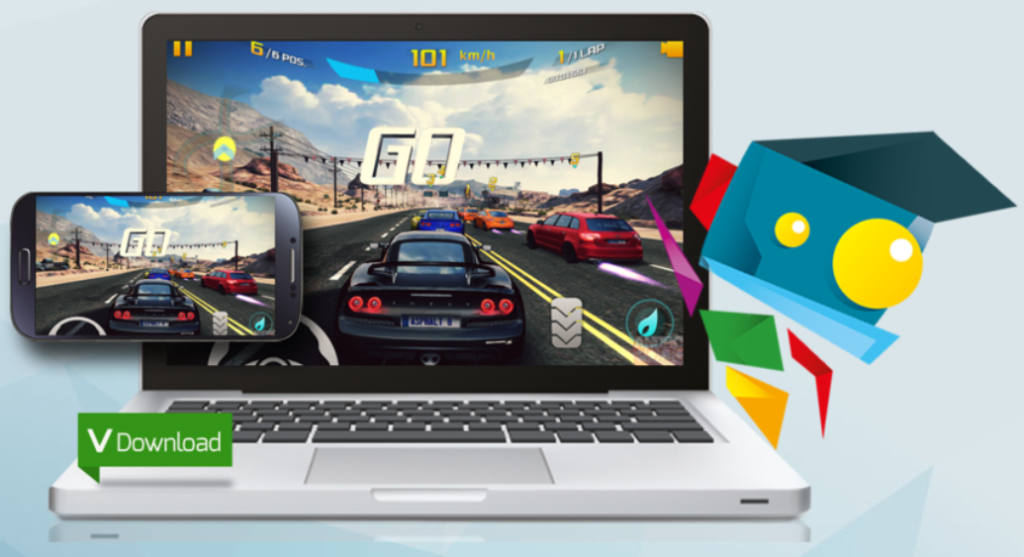 Andy also gives the Windows/MAC support and allows users to play and run the Android applications on PC hassle free Already there are many Emulators available which meets the Users need in the computer but What Andy Emulator promises is something advanced and more compares to others. Andy is also available as Offline Installer for your PC.

Andy is the Android Emulator tool developed by andyroid team. Andy breaks the communication gape between desktop and mobile and makes it easier for game lovers to play the Game in computer with unlimited storage capacity allowing windows and MAC users. Andy also having feature which turn the Phone into joystick. Andy Made it easier for the users to sync apps between the PCs and Mobile. People who used the Andy Emulator reviewed it as the best as it provides the smoother and lightweight experience. Andy Having the Following cool features. You have two options to Download and use the Andy. One is by Downloading the Online installer Emulator and another is Andy emulator offline setup download.

Andy Provides the Easy application synching between mobile and Computer Application downloading feature from desktop or Browser directly to the Andy Operating system. It always gives updated Android user Interface with upgraded OS. It meets the users communication and Entertainment need into the computer with Full storage capacity. Andy gives some Interesting and cool unique features like using the Phone as controller, Allows the Android Local file system Access, Its Fully Latest upgraded Android UI, Run Applications from Desktop and also it gives the Push desktop notification. And the good news is that its totally Free to use with Advanced cool features

Why People Loves the Andy Most –

People wants something unique and better in Gaming and Entertainment and Andy Promises it without any cost. You can now play the Android Phone as remote control and play your Favorite game inside the computer. Run all communication Applications with Latest upgraded UI in Computer with Andy OS, Easy transition of Applications from PC to Smart devices without wireline or wireless connections. It also allows the cloud storage save facility in Android. People (Gaming lovers) appreciated the Andy Emulator software most because its lightweight and also allows to play games with Joy sticks. Andy gives the Wider screen experience in computer with latest Android UI. Lots of people who used to play games in smartphones moved to Desktop (Windows/MAC) because Andy fits the user needs and easy app syncing between mobile and PC so its become more handy to run communications apps like WhatsApp, Facebook, Snapchat, Hike, truecaller in PC. See the Comparison chart below by the Official Andy Site. 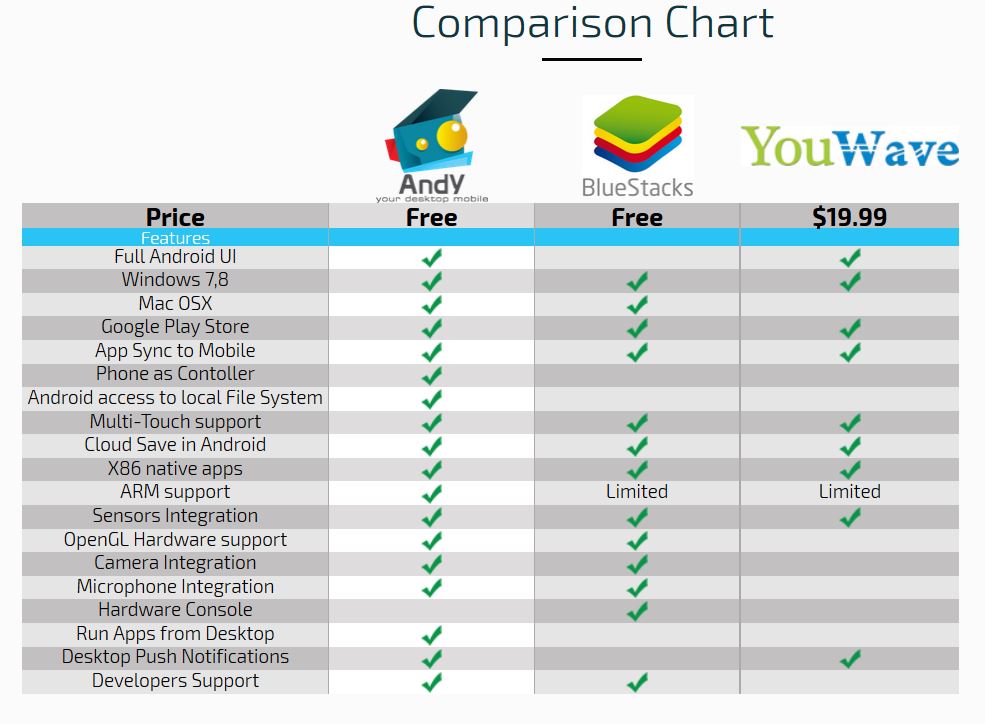 Download Andy Offline Installer – Andy officially provide the Emulator package which fetches the updates online while installing the Emulator Software. Here We came with the Andy Offline Installer Which you can Download inside your Computer (Windows/MAC) with 32 bit or 64 bit Operating system and install inside the computer without the Internet connection. Just Head over the Download Option below according to the version (32/64 bits) of your computer system. It is the Standalone setup for your PC. Just Download it and install by Hitting the Download Button Below.

One time Download and Install the Large File. Comment below about the Andy Emulator Offline Installer and if you face Andy Software installation problem them comment below with Problem description. Cheers !