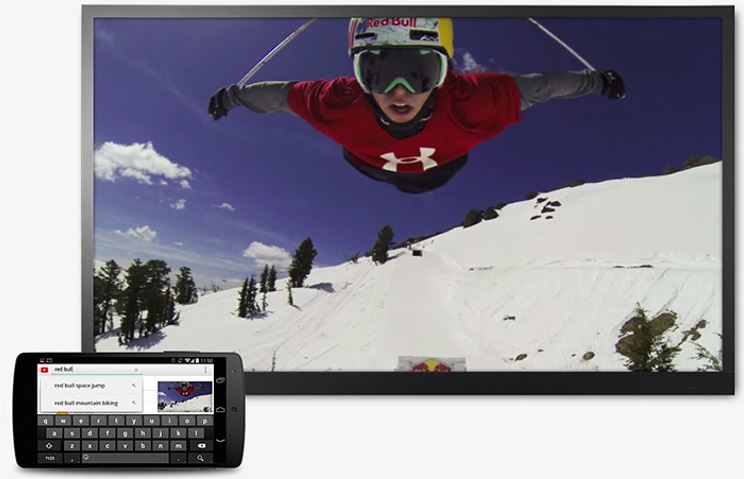 Order the device from Online shopping sites. Using the Chromecast apps you can enjoy the Media inside your wide screen television or display in Home. Cast your videos, photos or any thing you loves to watch in wider screen with Android and iOS application. It also allows to cast directly from the Google Chrome browser with Google Cast Extension.

Chromecast is the thumb device which plugged into the TV sets and allows to stream media service inside the Large screen. Chromecast plugged into the HDMI port of the TV and cast your entertainment media from Android phone, tablet, Windows, iPad, iPhone, Mac laptop, or Chromebook to big screen.

Google Chromecast works with Large number of Application like YouTube, Netflix, Hulu and much More Google Chromecast Apps. Start using the Mobile device (Tablet, Smartphone, iPad etc) as remote control by synching with Television. Use phone as remote control and make search and browse, play, pause, rewind, control the volume and even create playlists easily and do other things meanwhile inside the mobile. See How to Cast Official Video

When you are not casting anything then TV screen becomes the beautiful Backdrop with Images. You can customize by following the Backdrop Chrome cast Instructions. Learn How to cast using the Google Chromecast by using WiFi connection. Google Chromecast is available at cheapest cost fits your entertainment needs. Enjoy and Happy Casting !