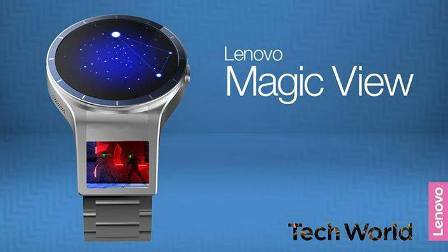 Lenovo Electronic manufacturer Introduced the concept of the new Smart watch with Two display. Its the World’s First Smart watch, which has the two display. One Ordinary big dial is available and another display is fitted where the Belt begins.

Its been unveiled as a concept on Company’s social network account on Facebook. Company called it as the magic view. Smart watch looks stylish  and the specifications of the Watch not yet leaked. 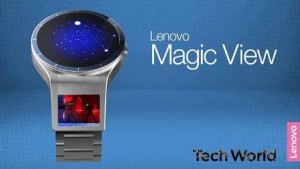 Its looks as its gonna be the Affordable smart watch at the impressive price range. Its Good initiative by company to look at the smart watch market. If Lenovo launches the smart watch, there would be tough competition to other brands in country.