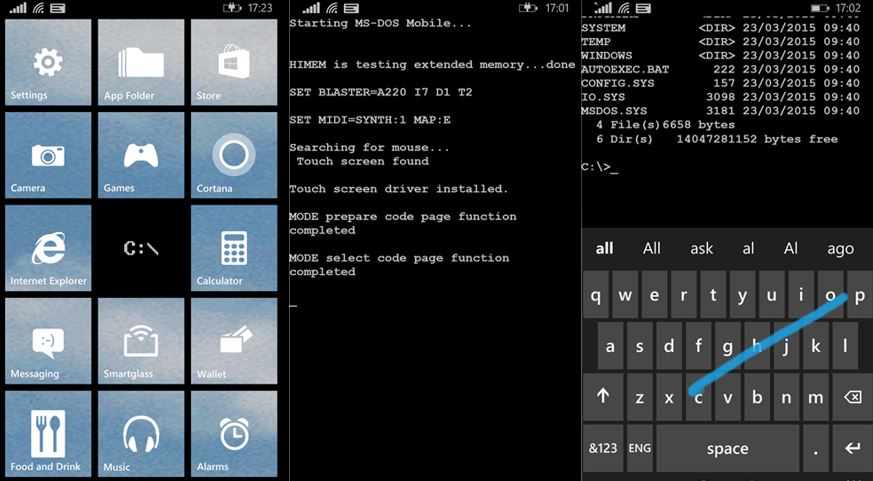 Microsoft launched the new MS-DOS operating system for the Lumia smartphones users. Company going back where productivity started for many of the users, launched beautifully simple OS. MS-Dos Download for the Lumia Users who wants to go back to the basics or Looking to boot into DOS for first time.

Lead Designer Daniel Glass said, “Turning our back on graphics was hugely liberating. We’ve dropped the resolution, and in doing so re-discovered our roots. The inspiration for the graphical design is Courier New meets film noir.”

You can also Download the Technical preview from Microsoft store and experience the DOS in Microsoft Lumia Mobile.

Many of the people claimed that they tried MS-DOS in their Lumia devices and it worked like charm. Some of the people included it in April Fool Prank. Let me confess one thing, it might be the Prank by Microsoft As we Found “April Fools” in 1:58 of the Video. Just Laugh and Leave comment 🙂