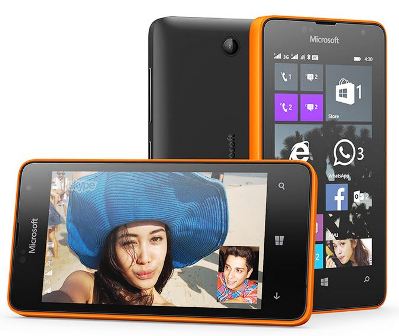 Microsoft’s much awaited Lumia 430 affordable smartphone finally just entered into the Indian Market. This is the first Cheapest device by Microsoft Lumia and offers the advanced smartphones specifications. Initially smartphone was announced in March under the $70 (4,400 Rs.) and now the Microsoft Lumia 430 Price finalized at Rs. 5,299. Which should be great for the people who are looking for cheapest windows phone.

Microsoft Lumia 430 is the dual sim smartphone which supports the micro sim cards and have the dual stand by functionality. Smartphone comes with Latest operating system Windows 8.1 and upgradable to Windows 10. Check out the awesome specifications smartphone offers at impressive price tag. 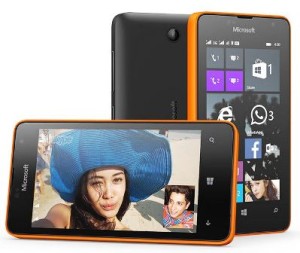 Lumia 430 offers the 720 hours of stand by time on 2G/3G network and upto 13 hours of  talk time in 2G network, Upto 8 hours 30 minutes talk time on 3G network. Much awaited smartphone finally hit the Indian market at very affordable cost. It also has the more connectivity options as 3G, WiFi, Bluetooth 4.0 and GPS as well. Have a look at the stylish smartphone which is available in two color variants Black and Orange.