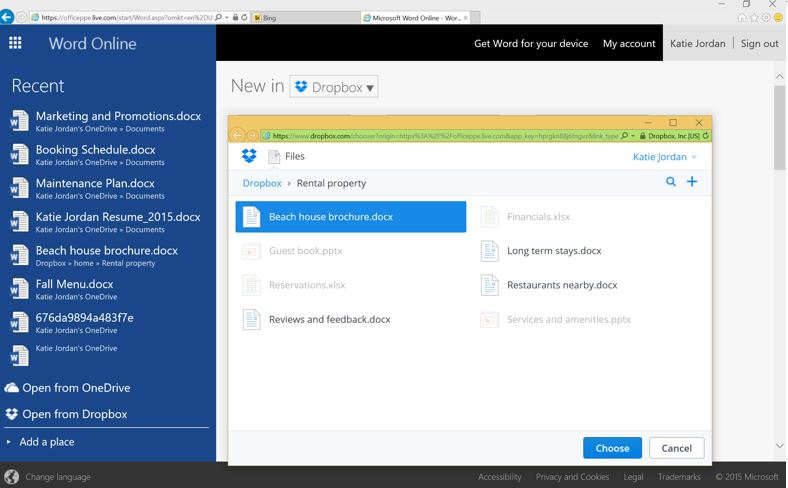 Microsoft Giant making changes to the more demanding apps. Office online is one of the most frequently used application worldwide to edit the documents on the go. In the last month of March Microsoft Embedded the Skype group chat for office to make the collaborative work more easier. Microsoft Office once again added the most demanding needs of users by teaming up with the Dropbox.

Users can hit the open button from Office online to access dropbox files. It allows users to create, Edit and save the office documents like word, power point, excel etc. You can access the office online right inside the Windows latest operating system or you can go to the Office site to sign in. It becomes faster to edit via Office online and share the documents via the dropbox link sharing.

Its the most demanding need of the office online users. You can do the same think with Desktop, but now a days everything gone mobile and it would be flexible to make use of the Office applications on the go and share at the same time via the cool integration support. By this agreement both the Applications users will be boosted as they are highly dependable to each other.