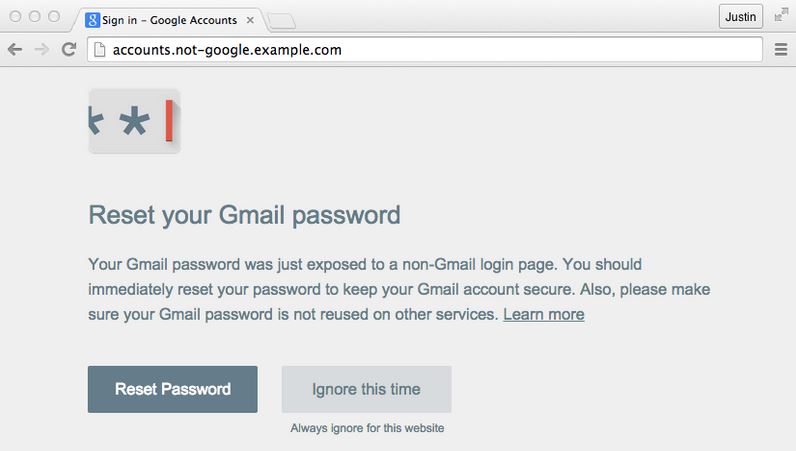 Google launched the new security feature for their users to improve the security of the Google services. Now a days Phishing becomes the biggest threat to the Internet and everyday millions of spam mails sent out by the criminals to get some credentials from the users. Phishing pages are looks like the normal pages but they are designed to steal the Password of users and you may not know even after your account has been compromised.

Suppose Attackers make the Phishing page exactly same as the normal Google Login page and redirect you to that page and you type username-password to login and it steals your credentials and send it out to the attackers. Phishing is the widely used technique for getting control of someone’s account very easily. Google launched the new Google Chrome Extension, is the password alert free and open source tool that protects your Google and Google Apps for work accounts. It’ll show you warning if you are typing username and passwords on fake page, which protect your Google account from phishing attack. – Google Chrome Password Alert

Once you have installed and initialized the Powerful Google Chrome Password Alert Extension to your Google Chrome browser, chrome will remember the scrambled version of the password for security purpose only and doesn’t share with anyone. If you Type the password into site which is not the Google sign in page, Password alert will prompt you alert message as following that, you are at risk of being phished. So you have to immediately update your password to keep your account secure.

Google chrome password alert is also available to Google for work customers including Google apps and drive for work. Domain admin can install the feature for the everyone in the group. It helps to protect the employee account in the organization. Google also offers the security tools like 2 steps verification and security key to stay safe and secure online. Google Password Alert for chrome is tested well before launch and users really appreciated the security feature (Against Phishing) launched by the Google. 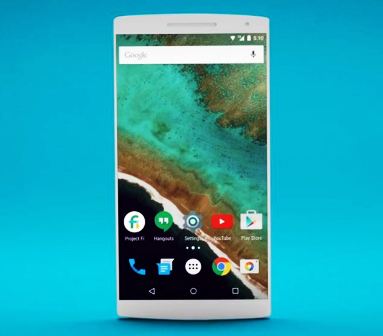 Recently Google launched the new Project FI video for checking the data usage guide. There were some clues found in the video with front look of the Nexus 5 device. Currently Google only has the Nexus 6 device which is compatible with Project FI. But the device render in question is Google Nexus 5. So its looks as the Nexus 5 is supposed to get the Google Fi service support. Users will get the Nexus 5 refresh very soon with Fi support.

Its been earlier noted that the Google partnered with Huawei to produce the nexus phone. Again there were talks between LG and Google about building Nexus tablet and Phone. One more rumor suggest that Huawei could be making the affordable nexus devices. Project Fi is the Google’s mobile phone network in US that switches between WiFi and cellular network to curb data usages and cut down the phone bills.

Google discontinued nexus 7 Tablet and stopped production of the Promising device and selling is stopped in Official store, recently announced by the company. Hope this upcoming Nexus 5 refreshed device will be proven as boon.

Popular Social networking giant last year launched the Safety check feature to find the person who are Safe or not from Natural calamities.  Recently Nepal people faced the earthquake and several people died in it. This time mark zuckerberg’s Safety check feature proven as boon for many of us to locate the relatives and friends in Nepal.

7.9 Richter scale earthquake occurred approx 50 miles from Kathmandu at noon on 25th April. Facebook Safety check feature turned on to track and People who are alive marked themselves as Safe from the natural disaster. Survivors only have to report about the presence and it helps to get the acknowledgement on your safety.

Let your friends and family members get the message that you are safe from it. Facebook really did great job and Facebook Safety feature used first time in real and People in Nepal Marked safe and gave message to family and friends across the globe. People and Government greatly appreciated the feature by Facebook as it made easier to handle the situation.

Meanwhile Google Person Finder feature found really helpful to find someone. You just need to enter the Person’s name and it comes up with the similar named person in the list and helps you to track the People. In Addition you can also submit the Information about the someone you know and let it makes easier to find them. Still its the First time usage, it will be used more in future.

Best reviewed Google Nexus 7 tablet by is no more in Google Store. Most demanded and highly rated affordable tablet discontinued from the store and assurely isn’t coming back. Company stopped selling of this tablet through online store in US and Still limited pieces available on the retailer stores.

If you still want the Masterpiece Google Nexus 7 then Go and get the one quick. Nexus 7 2013 model actually made by Asus and long run device discontinued and Google stops selling the Lovely Tablet. You have the Nexus 9 as an alternative but it costs more.

Google’s High resolution 7 Inches Nexus 7 tablet you can get at low price than the Nexus 9 but you have to get it fast before it reaches the stock limits. If you are wondering for the Nexus 7 Tablet features then follow the detailed specifications below, which helps you to get the one from retail stores.

Hurry up to get Nexus 7 Tablet from the retail stores before it labeled with Out of Stock. 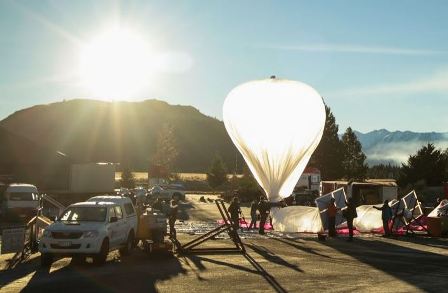 Initially it was tested by pilot testers and it was in development phase since mid 2011 at Google X. Google then tested the Balloon project in the Australia for the rural region of the country. They tested the loon in western Queensland on 2014 by partnering with Telstra, which provides the effective communications to balloons via the base stations.

Google Loon team happily launched the Insider and ready balloon by live demonstration on how it manages its balloon fleet, Balloon creation and how they track the Each balloon launched in stratosphere where wind speed is 5 to 20 mph. Google Loon team now has the almost all the answers on how they are able to provide the internet to the Ground of internal region of the country and how it helps to connect the people.

In the Latest Video launched by the Google Loon team, Project Lead Mike Cassidy offers the Glimpse behind the scenes on How Google team tacking the challenges from small scale, one-off launches and tests, to the scale and automation process to make the balloon powered internet access reality. He in depth explains how entire process works and how at the end people can access the High-speed internet from the Ground with Powerful network connection. This is the Video of Project demonstration at New Zealand in which they explore on how they handle the balloons in above the earth surface in stratosphere.

This project will give the Internet access to the billions of people. Google team manufactured and launched the lots of balloons everyday.  LTE enabled devices are the great support for the project. This is One more Advanced project by Google after the Google Glass. We can say that Google has mastered the versatility in tech world. Let Us know your thoughts in the comment section.