Facebook messenger service launched in the late 2011 and the Facebook team was working very hard to make it more unique and make the messaging service faster and more interactive. Now the Great news is that the Popular Facebook Messenger reached the new milestone of 500 Million plus monthly users. Its the great achievement by the Facebook Messaging service off to the core Facebook App. After WhatsApp IM, Facebook is the another service from them which reaches the massive users. Hope it would be great time for them to grow the business

Recently few days back WhatsApp also reaches the 70 million monthly Active users in India. Facebook allows to communicate with users by sending Text, Stickers, Videos, Take selfies, chat, Make free calls. And i think people loved the Sending stickers more and Facebook also allowed stickers in comments in the core Facebook product by knowing the Interest about the users. Facebook Acquired WhatsApp and then onwards Facebook concentrated more on Messaging Application. Hope it would also make the communication More faster and easier to the world. 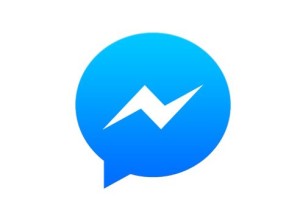 Facebook also planned to improve speed and reliability on this Messenger service because As per the social network’s FAQ, people respond 20 Percent faster on Messenger than the inbuilt Chat messaging service.

Peter Martinazzi the Director of Product Management, wrote in the Official blog that the – This is an exciting milestone but with a half billion people relying on Messenger to communicate and connect, it is also a reminder that there is so much left for us to do.

If you haven’t Tried the Messenger then Give it Try once and State your Experience and reviews compared to other Messaging services to Help Facebook to make it even more better.