LG smartphone manufacture scheduled the Smartphone LG G4 for the 28th April launch, but there were some leaked images found online which describes the Smartphone look and the detailed specifications. Leaked images of the smartphone found on the Twitter and its been re shared by the several peoples and also posted on several platforms. 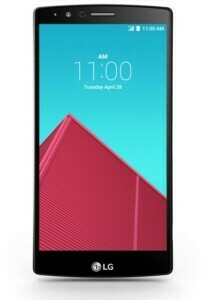 People are interested in the LG G4 device as its promises the lot more powerful features. Check out how the device is equipped with the tech features. Evan Blass Twitter user shared the leaked image on twitter handle ‏@evleaks.

LG G4 Device offers the 149.1 x 75.3 x 8.9mm dimensions. Still it is the leaked specifications. There is no more knowledge on the Device Internal memory, weight and colors. LG G4 is likely to be equipped with the expandable storage by Sd card slot. LG G4 is expected to come with wide range of colors metallic black, Silk white, Shine gold, Burgundy red and Moon violet.