Just a week back Google announced new Hangouts free first minute calling features to some countries and now available to India. This is the promotional minutes by Google. Now you can make free International calls abroad from India with First minute free. Calls with the first minute free are prompted with the Message “First minute free” and if you couldn’t  find the message then first minute is not applicable to you. After Using the First minute you are charged with Normal Google Voice call rates. 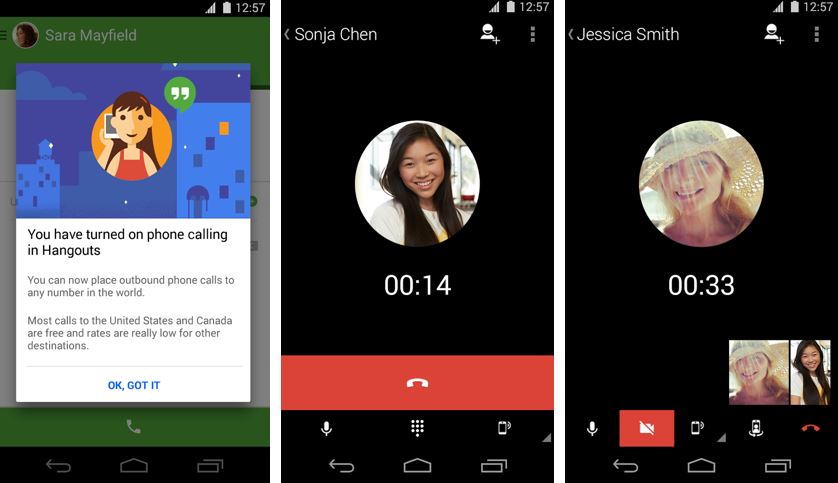 Google Almost allows all the calls to the United states and Canada for free where Hangout calling is available and some of the Canada and US destination cost 1 – cent per minute depending on the Phone number and the 1 cent cost may vary per as per the local currency. Also Check the low Google Voice Call International rates to make calls.

So How to Get Free First Minute ?

First Free Promotional calling Minute available to the Few countries and Now India is in the List.

To get First Minute Free Calling feature you requires –

View the List of 25 Countries where the First minute free calling is Applicable.

Note – If your usage is more and you are making large number of calls a day then some of the calls might not get the first free promotional limits.

All the details regarding how to get Google Voice account and Which Mobile Application to use in Android devices, iOS devices and How to use it On Computer through Hangouts is available here – Official Guide.

The Hangouts Dialer Application is available at Android Play store and iTunes for the iOS users.

This is the best promotional way to achieve the targeted users because competition is going to be hard as WhastApp also going to launch VOIP feature soon and is already iPhone VOIP update is released by WhatsApp. As you know WhatsApp reached huge online users Marks in India recently and company owns the 600 million users. Its the Huge achievement by WhatsApp after it acquired by Facebook. Google is Now ready to give hard competition to WhatsApp and Facebook.