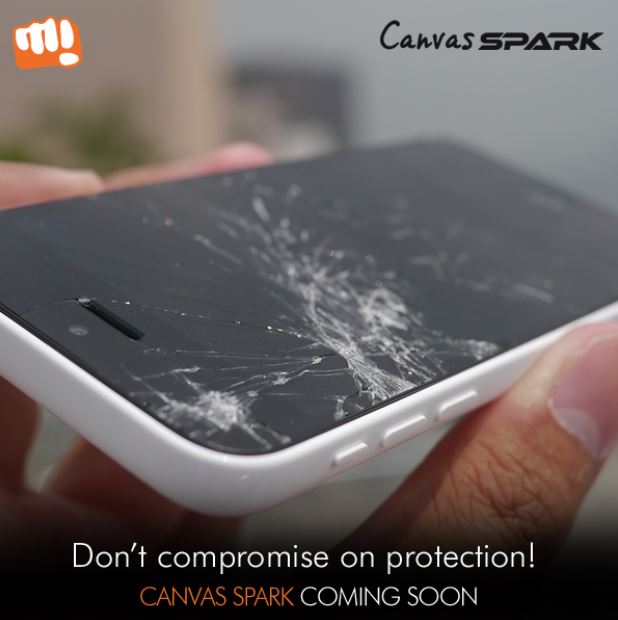 Micromax which is well known smartphone manufacturer by their canvas series, about to launch the New smartphone in the same series named ‘Micromax Canvas Spark’. Two days back on April 10 Micromax announced with interesting riddle by Image and 1 lucky winner will be given surprise in store as per the Tweet. It has the Hashtag of #SparksCANFly.

Additionally micromax tweeted that the “Don’t compromise on protection! #MicromaxCanvasSpark Coming soon.” on its profile. Previous Tweet and This one sounds similar in terms of Smartphone identification.

Micromax also partnered with the snapdeal and the same curiosity status shared by the Snapdeal as well. Still there is no official announcement on the release date of the smartphone but it gonna give the tough competition to the Xiaomi, Lenovo and Motorola smartphone lead companies.

Company also tweeted that Don’t compromise on processing! #MicromaxCanvasSpark Coming soon. So the Newly coming canvas smartphone ensures the Protections and High processing power. Still there is no detailed information on specifications but will be available soon on the launch. Micromax canvas series lovers are super excited for this powerful featured device launch.