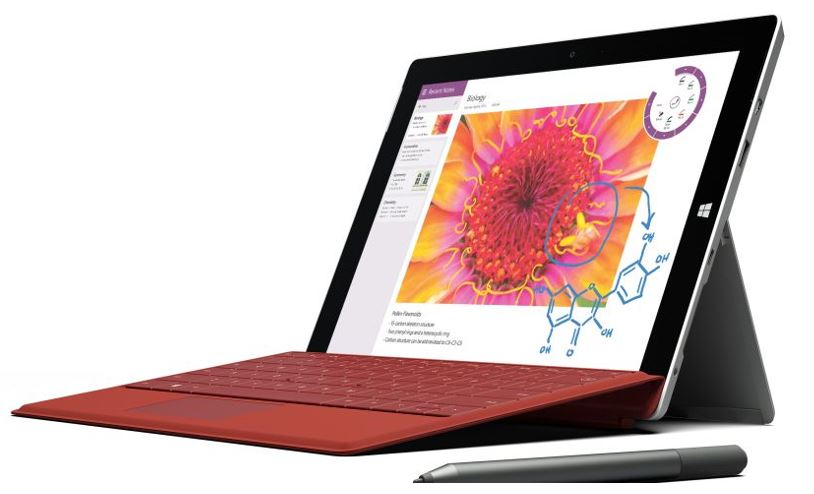 Microsoft, The fastest moving company and Well known for its windows operating system. Launched Its new Tablet in Surface series. Microsoft Surface pro 3 is the sibling of Microsoft Surface 3. Newly launched device is Slim, Small and cheapest than the pro version.

It is the Fully features Tablet which runs any of the Windows software, just like the Personal computer. Its really a powerful device with awesome specifications. Surface 3 is just looks similar to the Pro tablet including design. Display of the device is 10.8 inch and which is not as much smaller than the 12 inch surface pro. But you will found the difference only if you pick up both the devices Surface 3 and Surface Pro 3.

This is the upgraded version of the Surface 2 tablet. Microsoft Surface 3 is full-fledged windows 8.1 operating system capable of handling all kind of software of PC. Its also can be upgrade for windows 10 when its available to you. Get the detailed specification of the Tablet Surface 3.

Surface 3 has the inbuilt  3-position kickstand. Also has the excellent Microsoft designed docking system and not compatible with the Pro 3. Microsoft Surface 3 starts at the $499 with 64 gb of storage, 2GB of RAM and WiFi. For 4 GB RAM and 128 GB storage it cost $599. It also includes the Office 365 personal. I short its just the Powerful device with Slim body and also it is light weight. Make sure that the Official Price may vary.