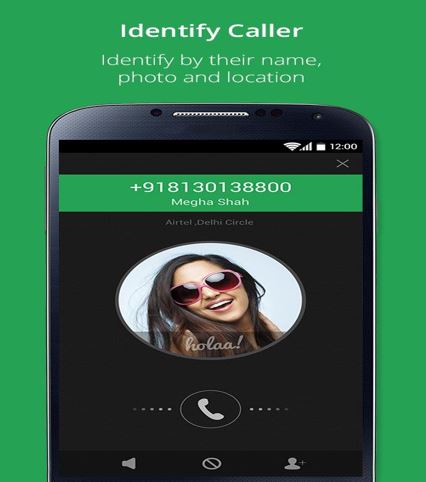 Nimbuzz, Mobile messaging company acquired by New Call Telecom company announced the new application to detect the caller identification and more on call management. Call detection app developed by the Indian developers team of 13 young people. App named Holaa! having the features like TrueCaller. It is having the call identification feature. Holaa! identify the phone number with Name, Photo and location information. Its easier to detect the new mobile user information while you get the call with unknown number. Holaa! also can blocks the telemarketing and spam calls.

“On an average, 4 out of 10 calls on pre-paid mobile numbers are from unknown numbers, while 1 out of these 4 unknown calls is a spam call” Nimbuzz India CEO, Vikas Saxena said.

So Holaa helps them to detect calls and block unwanted spammy calls and people will find it useful after using only once.

Holaa! having the following cool features –

One important thing is that it’ll never share your phone book contacts to the public.

“Nimbuzz’s technologies will be a key part of our vision of an integrated ‘my digital life’ ecosystem,” New Call Telecom CEO, Nigel Eastwood said.

Download and Install the Holaa app to your Android device and review it by comparing it with the Truecaller.
Cheers !