Whatsapp, the biggest mobile messaging network acquired by Facebook and keep adding the new features very rapidly. Recently they have rolled out the feature called Whatsapp web as per the trails and leaks found online before. One more time the leaks of Whatsapp voice calling feature comes true. Whatsapp officially launched the Voice calling feature for few of the users for testing purpose. You can also check if its available to you or not, via the latest whatsapp version available on the Official Whatsapp website. 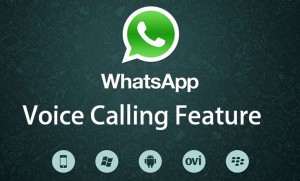 Reddit user pradnesh07 found the working and activated voice calling feature for his Android 5.0 Lollipop device and in Nexus 5 smartphone. Not all the users had the available feature, in fact whatsapp keeps enable feature for limited users only as of now. See what reddit user said as an experiment to his device.
“I can’t seem to send invites to other people, the only thing I can ensure is that it works in India for people running Lollipop 5.0.x on a Nexus 5. Other Indians without the earlier combo don’t get it.”

How to Enable Whatsapp Voice calling –

To turn on the Whatspp voice calling you required the latest Android version as per the reddit user experiment and there are some additional Android system minimum requirement as below.
Android OS 2.1 or above
Unlimited internet data plan recommended
Tablet devices are not supported

To make this functionality enable to your device you need invite from the person who has this feature already available. Then onwards you can make use of it over your Wifi or mobile data network.

Replace the existing one and you are done. 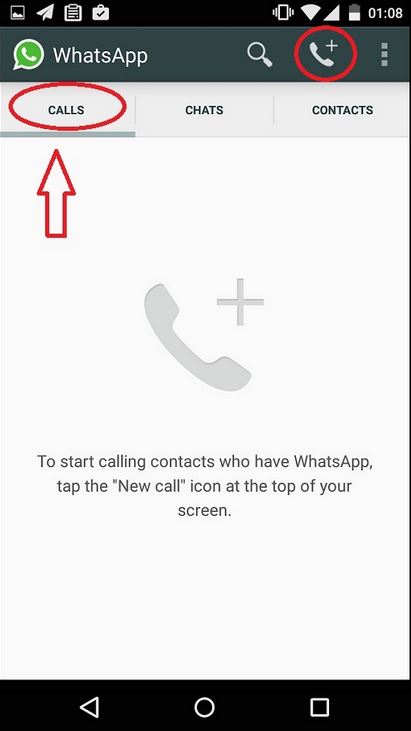 Now you are done with the Process and you can enjoy the voice calling feature in your Android smartphone. Ongoing and missed calls will be shown to you in the notification panel. Whatsapp active users count peaked 70 million in India and by this calling feature it will be expected to get more growing in user counts.